7 reasons not to freak out about soy.

1. Soy is traditionally consumed in moderation as part of the diet of healthy cultures, such as the Okinawans, the world’s longest-lived people.

Our Western diet tends to be iodine deficient. In the absence of adequate iodine, soy isoflavones such as genistein interfere with healthy thyroid functioning. Iodine is an important nutrient found in rich and fertile soil, and which functions as a natural antibiotic in the human body. We need to focus on upping iodine intake, not demonising soy. 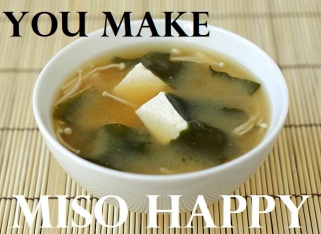 3. Similar to what we see with HFCS in comparison to wholefood fructose in fruit, health problems have been found in animal studies based on high-dose soymeal protein, soy protein isolate and textured vegetable protein, not whole soy.

For example, Diets of soy protein isolate high in trypsin inhibitors caused depressed growth and enlargement and pathological conditions of the pancreas, including cancer, and enlarged thryoid glands in rats. Isolate. Not a wholefood.

Following on from this, Insulin-like growth factor (IGF-1) found in dairy products and produced in the body in response to excess animal protein are linked to cancer — but are also created by consuming isolated soy protein, as it functions like animal protein. The amount of soy protein involved is similar to that found in fake food meat replacements. Despite this, however, amongst vegans (including those who consume soy) IGF-1 levels were 13% lower than in those consuming meat and dairy; this may be because while soy raises IGF, a plant-based diet also raises IGFBP-1 and IGFBP-2, which manage IGF. 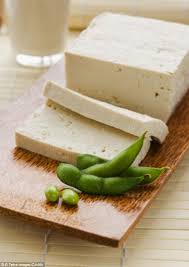 The sum is worth more than the parts. Eating soy as an isolate removes the protective lignans and isoflavones. This can be quite harmful, especially when used as a replacement for breastmilk. No food, let alone highly refined food, is an adequate replacement for breast-milk, and high levels of consumption during infant development may be problematic.

4. Organic. Non-GM. This is not America.

In Australia, organic soy is available. And we don’t have the same rates of soy allergies as found in America, where pesticide-laden, genetically modified, isolated soy proteins are a common dietary component.

5. Phytoestrogens are not the same as synthetic or endogenous estrogen. Dey clever.

Plant elements can balance the body. For example, when cholesterol is excessive, soy will bring it down. The published report suggested that individuals with cholesterol levels over 250 mg/dl would experience a “significant” reduction of 7 to 20 percent in levels of serum cholesterol if they substituted soy protein for animal protein- soy foods cause a decrease in total and “bad” LDL cholesterol, and an increase in “good” HDL-cholesterol.

Likewise, plant estrogen can function to balance estrogen in the body by selectively binding.

For those arguing against soy as a replacement for dairy: phyto-estrogens are not the same as the mammalian estrogens found in cow’s milk.

Concerns have been raised regarding interruption in development in children. For example, ‘A maternal vegetarian diet in pregnancy is associated with hypospadias’ (AKA penis abnormality… I can see why guys get scared). This has not, however, been directly correlated to soy and could result from any number of nutritional factors; overall, reviews issue a message of safety regarding soy consumption.

Final note on hormones: Westerners have higher rates of breast and prostate cancer (likely from consuming dairy) than Asians- and soy may be protective against these.

..such as lectins, oxalates and phytates. It’s ironic that the paleo kids are eating phytate-laden nut & chocolate treats by the nut bag full, but refusing soy and grains because of the ‘evil phytates’. Guys. C’mon.

7. All foods in moderation.

Soybeans and their by-products should be thought of as rich foods – naturally high in fat and protein.  They have been eaten minimally traditionally, in their whole form, like other plant food delicacies such as nuts, seeds, avocados, and olives.

So in conclusion, the studies say Soy Can Kill You and Save Your Life, and overall, it’s probably fine.

For more information and references regarding the health benefits of soy, such as its role in balancing in hormones during menopause, see my book Edible: plant-based, dairy-free, gluten-free, naturally sweetened wholefoods.

For a 100 p. review on the pros and cons of soy, which ends with no net risk or benefit, see Effects of Soy on Health Outcomes.

For an indepth breakdown of the impact of isolated soy protein on the homocysteine pathways, click here.

Heard it from a little birdy…

I have a food addiction. Gotta have it every day. And it has to be delicious.

Sharing what I find works for me on my search for a sound mind, healthy body and happy soul.